Something has happened on me. I just don’t know how to explain it.

Last Friday, I was scouting the items in a pharmacy while waiting for my mum to stock up her diabetes pills. And, guess what I saw. Pill cutters. This flashed my mind back to the appointment with my psychiatrist a while ago. The psychiatrist responded to my foolhardy intention to stop taking anti-psychotics by advising that I should start from having half a pill everyday, instead of doing away with the medication hastily.

So what happened? I bought one pill cutter as recommended by the pharmacist.

Last Friday and Saturday, I had started my regime and took half a pill each day.

However, my regime has fallen short of my expectation on the following day when I turned back to my original dose which is one whole pill. I remember drinking at least four cups of caffeinated drink. Caffeine always lifts up my mood. It makes my happy drink. However, here comes the nightmare. Feeling jittery before my bedtime, I had no safer choice but to swallow one whole pill. Better safe than sorry.

During the night, I spent quite some time tossing and turning in my bed. To my horror, I started to feel insects crawling on my legs under the blanket. With a jerky hand movement, I tried to reach out to the so-called insect to remove it from my leg right away. However, the weird thing was that I touched nothing on the leg. “Maybe, it has escaped,” I told myself.  Again, I felt something crawling. With the fastest hand movement, I tried to get hold of the insect with a sense of urgency as I could already feel its prickling bite. Still, I couldn’t reach the insect. It just disappeared. Not long after my unfruitful catch, one of my fingertips started to experience the same prickling “bite.”

My annoyance was bubbling over so I stood up and went to turn on the light. I looked at my blanket thoroughly, hoping to catch the biting crawly. It was nowhere to be seen. I checked the bedsheet and found nothing suspicious. That was very scary and unexplainable.

And, I remember that it was not the first time but the worst ever which happened that night. The sensation of having crawlies on my legs was so real. Some goes to the prickling bites. But, where was the insect? Was it my hallucination?

It took me quite a while before I fell asleep. I stayed longer in my bed this morning. That Monday morning feeling was just not nice. This was compounded by my repetitive diarrhea.

On a brighter note, I have managed to complete some work, instead of “lounging around.” It is a work-from-home day for me.

Let me call it a day. I have swallowed the one whole pill but before I sleep, I would like to reflect on what has happened, instead of “swallowing” it whole.

It is scary when you seem to lose touch of the reality or when your body doesn’t feel like yours. No matter how, keep your cool and calm the storm within you. The rest will fall into their places eventually. There are rainy days but… just put up your giant umbrella and make origami ships out of old newspapers. The sun will certainly be hanging up the sky again. 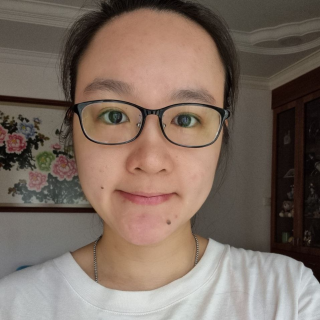